How to Help Someone with Depression

Depression is a serious mental illness that affects people of all ages and backgrounds. It can significantly reduce a person’s quality of life and prevent them from functioning at their best. If you are aware of someone who is struggling with depression, there are a few steps you can take to help them. In this article, I will be sharing the best ways to help someone with depression.

Depression can be caused by a number of different factors. These include:

Stress and traumatic events can trigger depression in some people and may make them more prone to the illness than others. For example, childhood abuse, bullying, and neglect can trigger depression in adults in some cases even though they were not affected by these events at the time themselves, but their children were affected by them. Adverse childhood experiences (ACEs) refer to various types of abuse and neglect that occur before the age of 18. These can include physical abuse, sexual abuse, emotional abuse, and neglect.

Depression could be a genetic predisposition. Having a parent, sibling or child with depression means you are more likely to suffer from it yourself. A family history of depression can also affect you if your partner or children have it too. Environmental factors – Stress and traumatic events can trigger depression in some people and may make them more prone to the illness than others. For example, childhood abuse, bullying, and neglect can trigger depression in adults in some cases even though they were not affected by these events at the time themselves, but their children were affected by them. Adverse childhood experiences (ACEs) refer to various types of abuse and neglect that occur before the age of 18. These can include physical abuse, sexual abuse, emotional abuse, and neglect.

There are many symptoms of depression. They can be divided into the following categories:

Depression can make you feel like you are unable to carry out everyday activities in a normal way. You may find it hard to get out of bed, have difficulty concentrating, and have trouble thinking clearly. You may also have difficulty sleeping and eating and feel hopeless about your future.

These include changes in appetite, sleep patterns, weight loss or gain (if you’re underweight), feeling tired all the time, or having restless legs syndrome (RLS). Other physical symptoms include headaches, cramps, or pain in the muscles or joints as well as changes in bowel habits such as constipation, diarrhea, or diarrhea alternating with constipation. 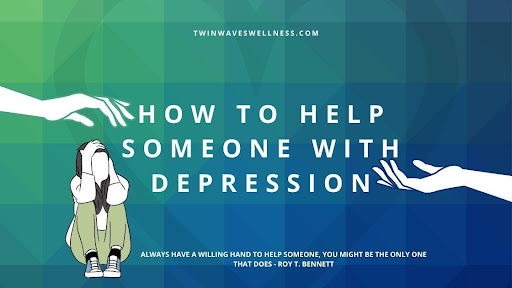 If you’re suffering from depression, your mood will usually be low most of the time though there will sometimes be periods when you feel better than usual.

You may have problems falling asleep or sleeping for a long time, or may wake up early and feel tired during the day.

You may lose your appetite and not feel like eating at all, or find that you eat more than usual but don’t get any pleasure from it. You may also have cravings for food that you normally wouldn’t eat such as chocolate, cigarettes, alcohol or fatty foods.

You may find it hard to remember things such as names and dates. If you suffer from dementia, this will usually get worse over time and become much worse than it was before the illness started.

Your speech may sound different or slower than normal, or you might lose the ability to speak at all.

You may have trouble hearing, especially when you’re in a noisy environment such as a busy street. You may also find it hard to hear what people say because your ears don’t seem to be working properly.

You might have problems concentrating and making decisions as well as forgetting things that you should know or that are important for work and personal life (such as appointments).

Your behavior can change and you may start to act in ways that are not normal for you. You might start to behave strangely or become aggressive, or you may have problems with your memory and find it hard to concentrate.

You might be preoccupied with thinking about things that upset you, such as the loss of someone close, a problem at work, or a recent argument with someone.

If depression is severe enough, this can get worse over time and cause insomnia (difficulty falling asleep) and early morning waking (when people feel groggy after they wake up). This can be very distressing for people, especially if they feel that they have no control over it.

Changes in appetite or weight

You might find that you’re eating more or less than usual. People sometimes eat or drink too much or too little (for example you might crave chocolate but not want to eat any). You may also lose your appetite and stop eating altogether.

How to Help Someone With Depression

If someone you know has depression, there are a number of things you can do to help them. In addition to what I’ll mention below, this article contains a guided meditation you can suggest to someone who has depression.

1. Be kind and supportive

This is the most important thing you can do for someone with depression. Make sure that they know that they’re not alone and that their feelings are important and valid. Try to see things from their point of view as often as you can, so that you understand what they’re going through. Better if you suggest a good professional help for escaping depression.

2. Don’t be afraid to ask them how they’re feeling

It’s OK to ask how someone with depression is feeling because it’s important to make sure that they’re managing their illness well enough to be able to look after themselves. If a friend or family member has been diagnosed with depression, it might help them if they have coping strategies for anxiety and depression in place such as getting up earlier in the morning or taking a walk regularly at lunchtime, so it’s best if you ask how they’ve been managing these things rather than just assuming that they’re coping well.

3. Don’t make assumptions about the cause of their depression

In some cases, people with depression may be struggling to cope with a major life event such as a bereavement or a relationship breakdown. It’s important that you don’t jump to conclusions about what’s causing their depression and don’t try to diagnose them or tell them what they need to do to feel better. It’s best if you listen without judgment and let them talk about how they’re feeling in their own time.

4. Try not to compare yourself with someone with depression

You might find it difficult when someone you care about has depression because it makes you feel bad if they seem unhappy and sad when they’re around you too often, but this is something that everyone has to deal with at some point in their lives so it’s important not to take it personally. When people are depressed, there are often thoughts of suicide but this is something that many people go through during periods of extreme sadness, so it’s important that you don’t take it personally and try to talk about it with them.

5. Don’t take their depression as a sign of weakness

If someone you know is struggling with depression, it doesn’t make them a bad or weak person and they’re not to blame for their illness. Try not to criticize them or put them down because they’re depressed. Sometimes people who are struggling with depression can appear weak and feel like they’re being put down by other people but this isn’t true. Everyone goes through periods of feeling low and having depressive thoughts but these feelings don’t make someone weak or a bad person, so try not to treat them as such.

6. Remember that everyone gets sad sometimes

Depression is a common condition that affects around one in six people at some point in their lives, so when someone you know is having problems because of their depression, remember that this is something that happens to everyone and it’s nothing for you to worry about.

7. Try not to make them feel worse

Depression is a very common condition and it’s often helped by talking about it with other people, but you should try not to make someone who’s struggling with depression feel worse because of your comments or actions. If you’re worried that they’ve become withdrawn or seem unhappy, try not to comment on it and talk to them instead.

Depression is something that happens to everyone at some point in their lives and it’s usually caused by a combination of factors such as personal experiences, family history, and environmental influences. If someone you know seems depressed, try not to take this personally because they may be having difficulty coping with other aspects of their life such as work or relationships.

9. Remember that depression can occur at any age

Depression can come on suddenly and without warning, but it’s also common for people to develop it later in life. It’s not uncommon for people to have depression after they’ve reached their mid-twenties and it’s something that can affect anyone at any time of their lives.

10. Don’t try to force them to talk about their problems

Depression is something that many people struggle with and there are many different reasons why someone might be depressed. If you’re worried that they have a problem with depression, don’t try to force them to talk about it or make them feel guilty because they’re depressed. Talking about your problems with other people is a very positive thing so don’t try to stop others from doing this by making them feel guilty about talking about their feelings.

Support is here for you

There are many ways to help someone who is struggling with depression. It is important to be supportive and understanding, and to provide a listening ear. If the person is willing, offer resources and advice on how to get help. It is also important to make sure that the person is staying safe and taking care of themselves, both physically and mentally.

Click here to learn more about how Network Spinal Analysis can help treat depression and anxiety. Our team at the Wellness Center is here to support you.